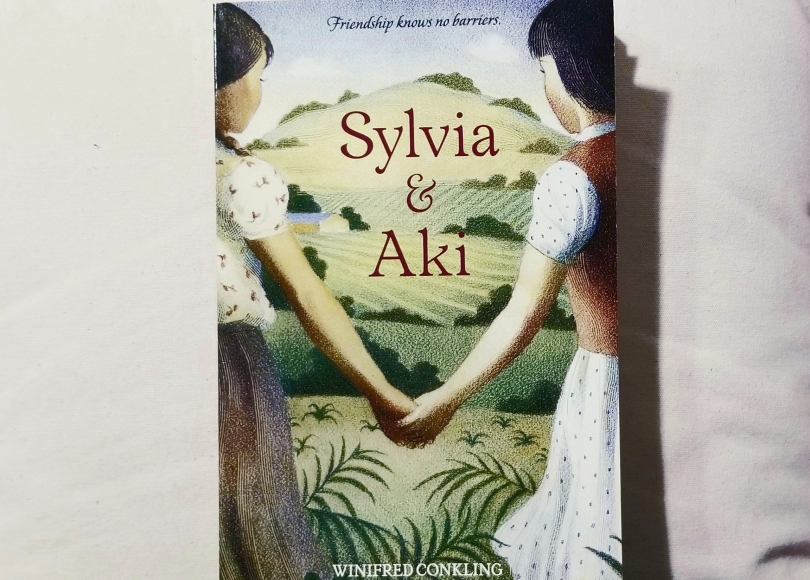 Sylvia and Aki by Winifred Conkling tells a true story of two girls who prove that race doesn’t matter when it comes to friendship.

Aki and Sylvia had a lot in common. They both grew up during World War II, had a special doll and faced racial discrimination. Aki’s family was discriminated against because they were Japanese and the U.S. government saw Japanese people as a threat after Japan bombed Hawaii. Her family was forced to leave their home in California and sent to a relocation camp until the war was over.

Sylvia’s family rented Aki’s house while they were gone. Sylvia was excited about starting a new school until she faced discrimination because of her Mexican heritage. (People said Mexicans were dirtier and less smart than white people, so they needed a separate school). Her dad started a petition to try to integrate the school, but that didn’t work. He ended up suing the school and winning! The case blazed a path for other lawsuits dealing with the unfairness of racism.

The girls became friends after Sylvia and her dad went to the internment camp to pay the rent on the house. They wrote letters to each other until they could see each other again. The girls played dolls, and even made a pretend beach in their backyard! Even though they were different races, they still became friends, which shows race shouldn’t block you from finding a great companion.

I enjoyed reading this book because it showed me a different perspective on discrimination. Most stories I have read about this topic are about black people, but it was interesting to read a book about discrimination against Mexican and Japanese people.

This book is great for readers ages eight to 12. I say this because the book is pretty easy to read but has topics younger people will not understand. Also, if you like historical fiction, this is a great book for you!

This book really made me think! I now have a big opinion on the Japanese internment camps!

I rate it four out of four roses.