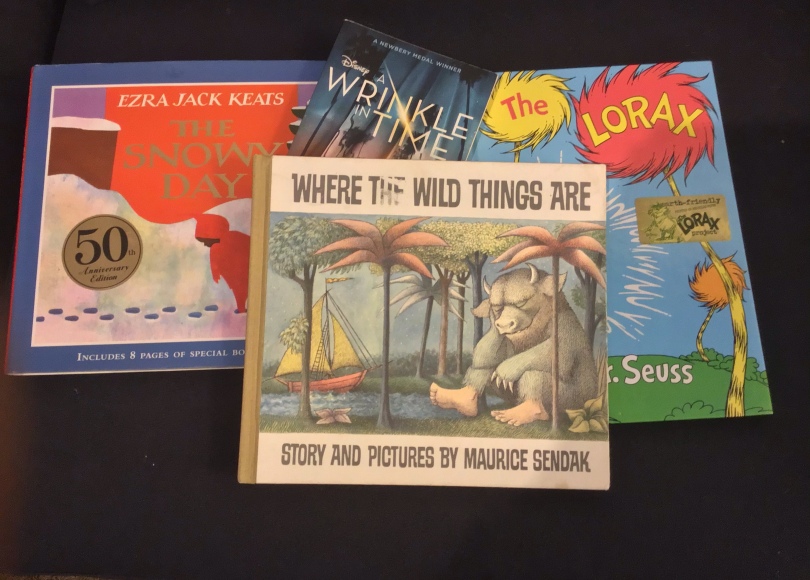 Did you know that some of your favorite books might be on a national Banned Books list?

If a book shows instances of racism, negativity, violence, etc; the American Library Association (ALA) might ban them. That means that many schools and libraries won’t put those books like Harry Potter & The Sorcerer’s Stone and Charlie And The Chocolate Factory on their shelves, which is very upsetting, because I think those books are very time-worthy and awesome, along with A Wrinkle In Time by Madeline L’Engle, and The Lorax by Dr. Seuss. This week is Banned Books Week, a week to read and share some of these controversial pieces in literature.

In fact, I bet that you’ve read at least one banned book. What about Hop On Pop by Dr. Seuss, which was banned because it encourages kids to jump on their fathers? And Where The Wild Things Are by Maurice Sendak was banned because many thought it was traumatizing that Max couldn’t control his anger and he was sent to bed with no supper. One of my favorite banned books is The Snowy Day by Ezra Jack Keats, one of the first picture books to represent a black protagonist. And Judy Blume’s Are You There God? It’s Me, Margaret were banned because it was “offensive, disrespectful and corrupt.” (I haven’t read that one yet.)

When I was younger, I used to think that banned books were actually banned, and you could go to jail for reading them 😂! But really, they are trying to say that the book is inappropriate in some way, and they don’t want kids reading it. I think that’s unfair, because people should have the right to read what they want, and authors should have the right to write what they want without people trying to ban what they worked hard to publish.

Instead of banning them, when people send out complaints about the book, maybe the ALA can just up the suggested age range, or say that there is some content that can be controversial, like in The Giving Tree, the man keeps taking from a tree, who was a woman, giving nothing in return, which some people think is sexist.

So, what is one of your favorite banned books? Tell me in the comments below!