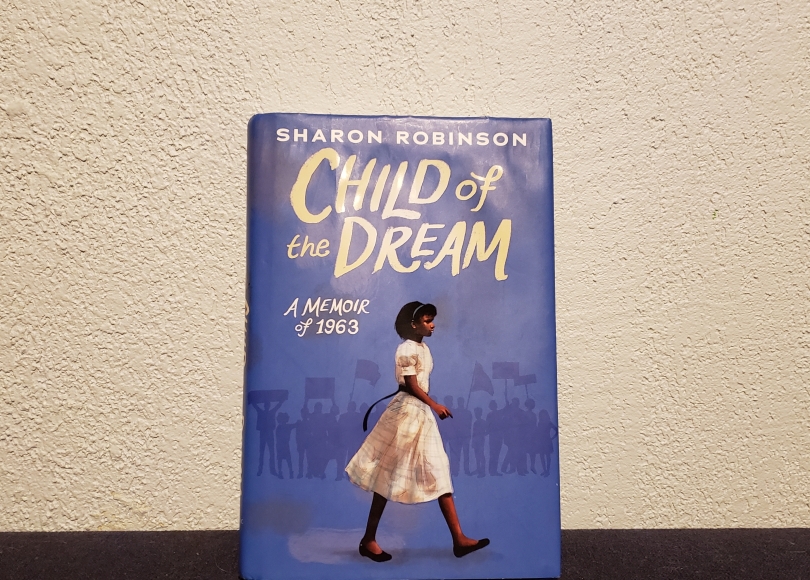 Child Of The Dream is written by Jackie Robinson’s daughter, Sharon.

It’s a peek into her life as a 13-year-old in 1963. The year George Wallace, a pro-segregation governor, demanded “Segregation now, segregation tomorrow, segregation forever”. The year of the March on Washington and the year Black children were attacked by dogs and sprayed with water because they were protesting for their rights. The year of her first kiss. 1963 was a turning point in American history, and reading Sharon Robinson’s unique perspective about the Civil Rights era was enjoyable.

What was so interesting about this book was that it was written in present tense. Usually in memoirs it is written in third-person because the author is recalling a time in their lives. I’m not a big fan of nonfiction, but reading Child Of The Dream in first-person made it more intriguing. I also thought it was really cool to read a book from the perspective of a historical figure’s child. During Black History Month, people are focusing on many successful Black people like Dr. Martin Luther King, Jr. and Malcolm X. Yet their children are often overlooked, their experience is also a part of Black History.

I recommend this book to readers nine to 12. If you like hopeful coming-of-age stories, you need to read this book. Sharon Robinson has also written multiple books about her inspiring father, who broke the color barrier in sports and helped the Brooklyn Dodgers win the baseball World Series.

Four out of four roses.