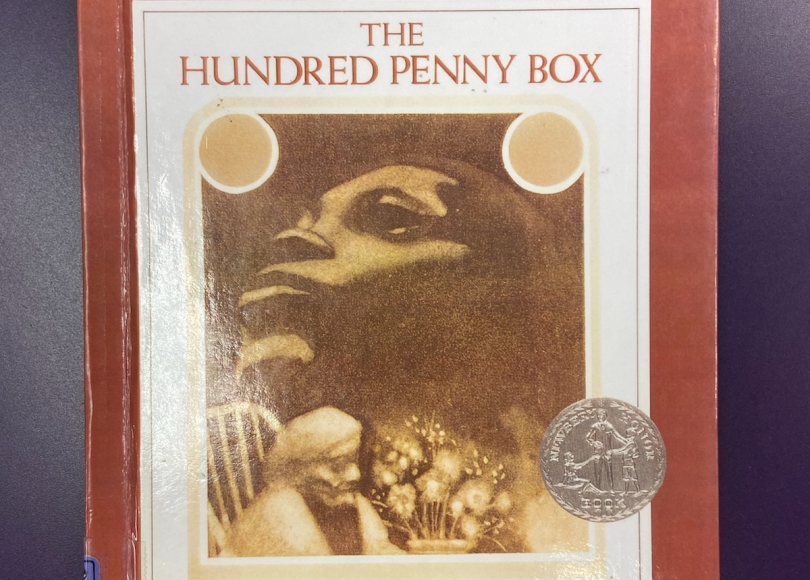 This Newbery Honor-winning book is short, but is filled with all the right stuff – emotion, poignant characters, and a subtle but interesting plot.

The Hundred Penny Box, by Sharon Bell Mathis, is a bittersweet tale about the bond between a great-great-aunt and a boy named Michael. Aunt Dew has dementia, but she has a special possession that awakens her memories: her “hundred penny box.” Each penny represents one year of her life. Michael loves listening to his aunt unwind story after story…until his mother threatens to throw out the remarkable object.

I really liked the illustrations throughout the book – all of them were colored the exact way, kind of reminding me of a copper penny.

When there is symbolism in books, I go crazy because it’s crazy how an author can make something as simple as a penny mean something more. That’s how I felt with this book. Mathis compares a box of pennies to life, so if Aunt Dew loses her box of pennies, she loses a part of her life.

Being only 47 pages, it was really short and it felt like right when I started it, it was over. I would have really liked if the book was longer because the author would have a stronger plot. There was a lot of dialogue, but I would have also liked more description, like how cold the pennies were from years in that box, or if Aunt Dew’s room had a certain smell to it.

Three out of four roses!