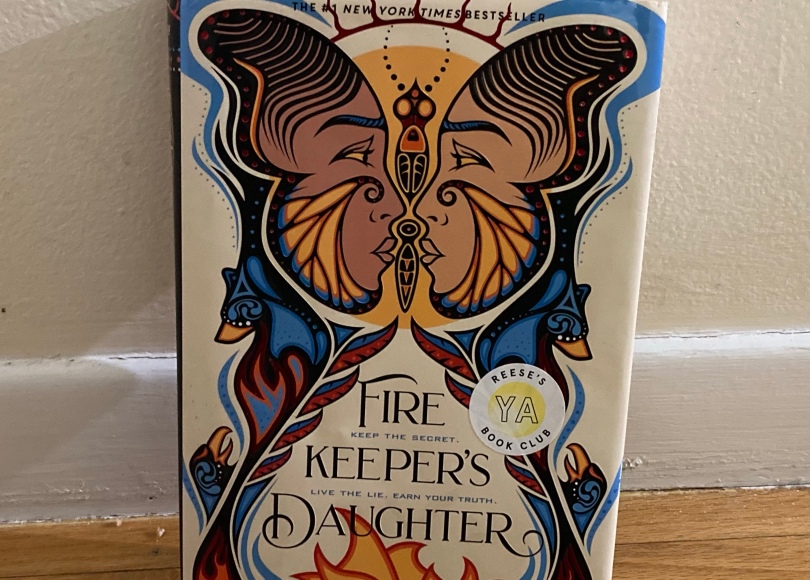 Angeline Boulley’s stunning debut, Firekeeper’s Daughter, had me yelling at some the characters and gasping through all the various plot twists.

The story focuses on Daunis Fontaine, an 18-year-old Native American girl who is thrown into an FBI investigation after witnessing the murder of her best friend. As Daunis dives deeper into the mystery of why her friend was killed, she uncovers secrets within her family, her Ojibwe tribe, and community. This YA thriller kept me deeply invested from start to finish.

The plot of this book was AMAZING, I had no idea what I was getting into when I chose it. It’s crazy how powerful words can be, and Boulley knows how to use them. This is one my favorite passages: “Kindness is something that seems small, Daunis, but it’s like tossing a pebble into a pond and the ripples reach further than you thought.”

I think the title of this book is Firekeeper’s Daughter because of the meaningful impact Daunis’ late father, Levi Firekeeper had on her. Even though her white grandparents did not like Native Americans and even erased her father’s name from Daunis’ birth certificate, Daunis still thought of herself as a Firekeeper, and her name translates to daughter.

I learned many Ojibwe words and customs from this book. It was so cool to understand the significance of the owl and words like “ninde gidayan”, which means “you have my heart”. This is actually the first young adult book I have read where the main character is Native American, and it inspired me to look for more books with a Native American as the protagonist. Angeline Boulley’s work creates a mirror for Native American teens to see themselves in, and a window for people who aren’t Native American to view the world through a different lens.

This book is great for readers ages 13 to 16. There are mature topics discussed in this book like drugs, sex, and violence. But, anyone who loves mysteries, like Nancy Drew should read this novel. In fact, the author said she wrote this book with hopes of creating an “Ojibwe Nancy Drew.”

Four out of four roses! I wish I could read it again for the first time because I just loved being sucked into Daunis’ world. Apparently, a Netflix series adaptation is coming underway, which I am excited about!