Note from Elena Reads: My friend, 10-year-old Jaydon W., is today’s guest blogger. He convinced me to try this series I finished the first book so far. Here is what he had to say about the books:

Hi!  My name is Jaydon. I am reviewing the Percy Jackson and the Olympians series and it contains five books.

The books are written by Rick Riordan. The Percy Jackson series  is all about Greek myths. According to Wikipedia, “Greek mythology is the body of myths originally told by the ancient Greeks. These stories concern the origin and the nature of the world, the lives and activities of deities, heroes, and mythological creatures, and the origins and significance of the ancient Greeks’ own cult and ritual practices.”

What I like about the series is that it opens your eyes to Greek mythology, something I have never heard of before.

Now I am interested in learning about different kinds of  mythology and cultures.

I recommend this series to anyone 8-100 years old. 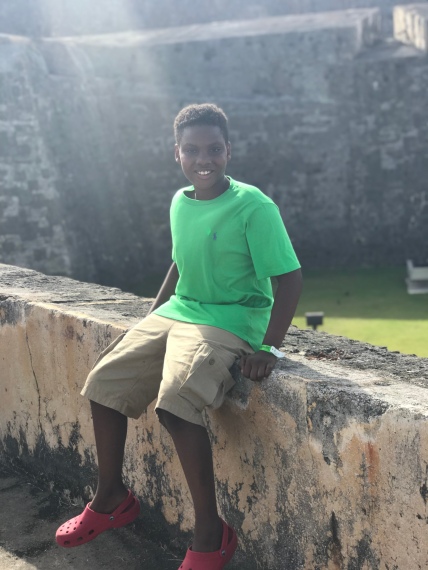