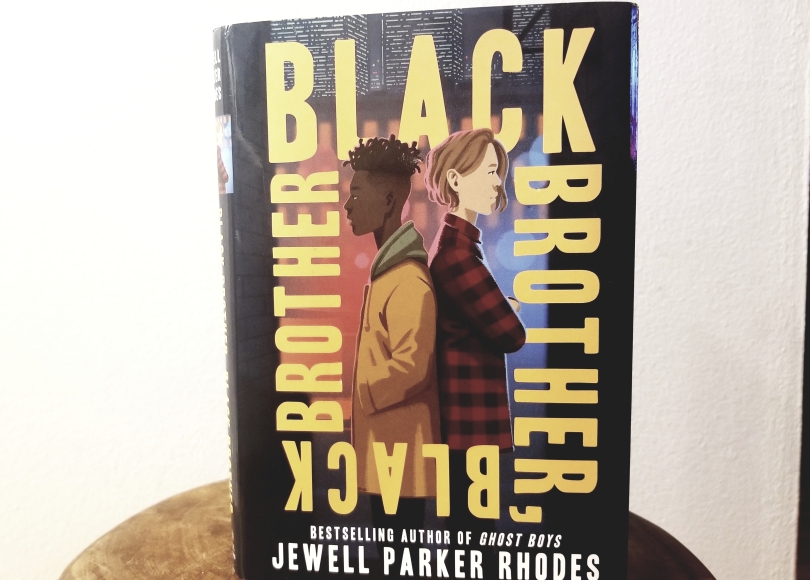 People always think Trey is better than Donte. He never gets in trouble, has good grades in school and … has lighter skin. This means Donte gets a front-row seat to watch his teachers call him to the office every day for no reason, and wonder why he isn’t like his brother. In Black Brother, Black Brother, by Jewell Parker Rhodes, readers learn about how biased some people can be about skin color.

Donte is biracial, and looks more like his black mom, while his brother looks like their white dad. This means that the king of the school, Alan, gives Donte the cruel nickname of “Black Brother.” Alan has bullied Donte before, but when Alan frames him for something he didn’t do, Donte gets sent to jail overnight!! That’s when Donte knows he’s had enough. He decides to beat Alan at a game that Alan is good at. He learns to fence with the help of a former Olympian at a youth center, who also is black. There, not only does he learn to fence, he learns valuable lessons about racism and standing up for himself.

I really liked this book because it was really powerful and meaningful. It taught me a lot about racism and how stereotypical some people can be if they see someone darker than them. In fact, Donte wasn’t supposed to wear hoodies because people would think he was a “thug.” I also liked this book because it taught me a bit about fencing, a sport I had never heard of until reading this book!

This book is good for readers looking for a story that they will enjoy but learn something from. Also, if you are a fan of Jewell Parker Rhodes, like I am, definitely read Black Brother, Black Brother, she is such a great author! She also wrote the book Sugar that I reviewed, and Ghost Boys, which I haven’t read, but want to!

This book is soooooo good! I rate it four out of four roses!!