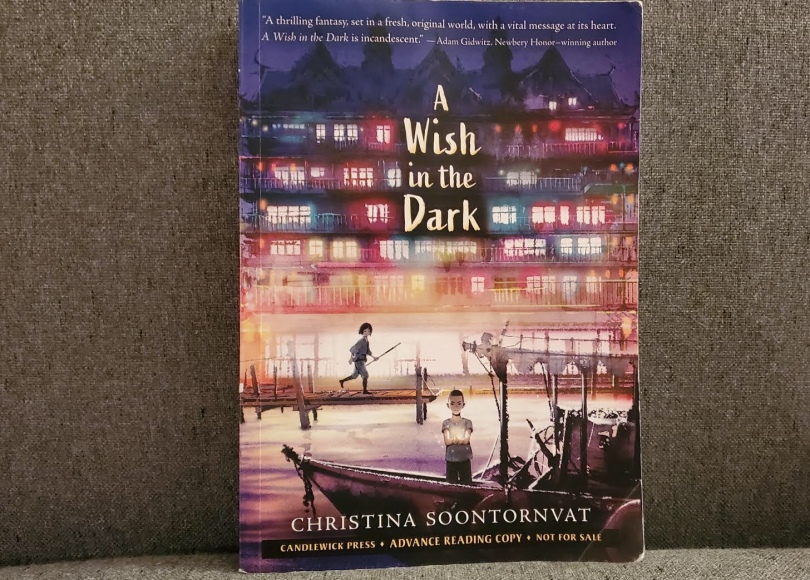 I think that books are going to keep getting better and better as writers develop more story ideas and techniques. One example of this is the 2021 Newberry-award winning fantasy book, A Wish In The Dark, by Christina Soontornvat. The author says it’s a Thai retelling of the popular musical Les Misérables. I’ve never seen it, but I hope to since I loved this book.

A Wish In The Dark is a thought-provoking novel about elitism and justice, following two kids who are polar opposites – Pong, a boy with a kind heart and a bright mind who hopes to see the world; and Nok, a perfectionist who lives to make her parents proud.

After Pong escapes from prison, the prison warden’s daughter, Nok is sent to hunt him down. But the unexpected happens, and they come together to fight against the unfair laws in their city.

What I liked about this book was the backstory – there was a governor who helped restore a fictional city in Thailand after a devastating fire. After that, no one was allowed to use fire anymore in fear of a repeat of events. So, instead the city reliee on magic orbs. The system benefits the wealthy, who can afford better orbs for cooking and heating their homes, but ones who aren’t as lucky struggle. It is a concept that had me thinking about equity and fairness — wondering if I would stand up against the institution.

This book reminded me of another one I reviewed, Rated. It is a young-adult novel focusing on a society that rates people depending on how successful they are. It’s also a prejudiced way of living, because people with higher ratings get better lifestyles. I thought of the ratings like the orbs in A Wish In The Dark.

Somkit was my favorite character. It was his creativity, bravery, and the way he cared for Pong that got me. He even made his own orbs, something people thought only the governor could do!

The emotions of the characters were so strong, it was as if the author was pulling at my heart. Soontornvat didn’t just create complex characters, she created friends that you wish were real. I’m waiting for Somkit to get a sequel with him as the lead!

Honestly, I can’t think of anything negative to say about this book except that I. Want. A. Sequel. Or a movie. Or something, it’s too good to be left as a stand-alone!! (you don’t know how many times I looked up “wish in the dark sequel” after I read it) The author also hit all of the “points” for a good novel: plot twists, great character development, action, etc.

Four out of four roses!